If you’ve recently been to a town or city that is a popular tourist destination, like my home city of Liverpool, then you will probably have noticed a brand of souvenir shops ironically called ‘Cool Britannia’ purveying goods that are far from cool and are generally made outside of Britain.

I think we all yearn for the taste of the finer things in life and that’s why we wanted to produce this little guide. Sprinkled with a little passion for great design and a hint of nostalgia for British manufacturing and crafts. We want to offer you insight into British made brands that not only intrigue but also inspire us to buy British.

With a re-found coolness and popularity for British design and quality found across the world, the fashion world has responded with a plethora of British labelled brands and items across the high street. On the face of it, everything looks Rosie for British manufacturing and fashion industry, but what should we expect from “Buying British”?

When buying British there is often a premium price tag for the privilege of owning a piece of cool British craftsmanship but what do we actually get for our hard earned pounds sterling and are these new British brands delivering on what we really expect? At the very least you would expect that your carefully chosen item of beauty would be actually made in Britain, by skilled craftsmen and women, right?

Sadly, just like with the cheap tourist tat in those “Cool Britannia” souvenir shops you will discover that the vast majority of brands representing Britain aren’t actually British made!

During the 80’s and 90’s, large parts of British manufacturing and skills moved abroad and even now there are only a handful of truly British fashion manufacturers and craftsmen and women left.

I think when buying British that we expect that our cherished items will have been crafted to an extremely high standard and built to last a lifetime not just a fashion season. We all only live once but we want to be able to buried in style wearing the finer things in life.

If we’re going to invest our Pounds Sterling on British works of art safe in the knowledge that they have been skilfully crafted by artisans of their trade in a workshop, not by some mile-long factory line or by giant machines in a far away land.

Having set extremely high standards of what we believe to be truly Cool Britannia, we have put together the beginnings of a small guide of British brands, which from experience I believe tick all the Cool Britannia boxes, from £45 to £2000 you really can buy the best of British. 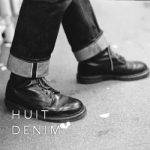 Made in Cardigan Wales, these jeans are second to none. My own pair fill me with joy every time I wear them. The town of Cardigan used to produce 35,000 pairs of jeans a week with an employment of 400 staff until the factory closed. Then Hiut Denim was born to save the knowledge and skills of the town and what an a amazing British Brand to be born. 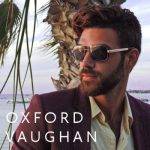 Britain is not known for our sunny weather, but we do happen to produce some of the finest sunglasses around and Made in Britain. Oxford Vaughan is born out of three generations of style, craftsmanship and design. Only the most exacting standards of quality and finish are acceptable.

There’s no argument against Oxford Vaughan being simply the best sunglasses in the world. 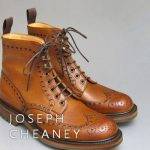 Craftsman of the finest British footwear, Joseph Cheaney founded the company in 1886 and moved the workshop to the present site in 1896. After a time being owned by a subsidiary of Prada in 2009 cousins Jonathan and William Church conducted a management buy-out. Cheaney & Sons shoes is fully committed to continuing the production of high quality shoes entirely made in Northamptonshire, from the cutting out of the leather to the final polishing, just as it was in 1886. I personally own a pair of Cheaney shoes and found them to be an exceptionally good investment. 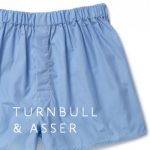 This company has actually been a Royal Warrant shirt maker and dresser of the world’s most eminent men since 1885. Interestingly I am listing them for their British made underwear which adds a touch of class to any gentleman’s underwear drawer. 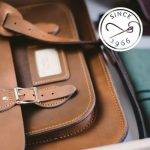 My very own company, owned and ran by the Hanshaw family since being established in 1966. Craftsman of handmade leather bags and accessories, which come with a 5 year guarantee and an award winning customer service.
A true British company that does everything the right way. I use my bespoke bag everyday and use it with pride, its not only stylish it also sets me apart from the crowd.

We hope this small guide of true Cool Britannia brands will help guide you through the massively overwhelming array of British labelled brands, help you purchase a piece of real Cool Britannia with your hard earned Sterling…

You have successfully subscribed!

Please login and you will add product to your wishlist